This proposal is to fund continued work on the BrightId Unique Bot. Specifically, this funding will go to further development of the sponsorships feature, Command Center, and bot infrastructure.

Most of my time was spent releasing Sponsorships feature, tracking premium status, and adding an auto-assign role feature. 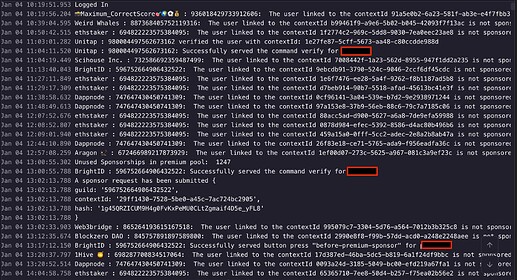 (In no particular order)

Adam setup a testing app for the BrightID Discord bot which will allow for much more integrated testing of key features we don’t want to break.